You are at :Home»Open Articles»Child Labor in the Third World: A Growing Trend

Children have the right to quality education, according to the Convention on the Rights of the Child. However, some live in such precarious economic situations that they are forced to work to survive, leaving aside activities that should be appropriate for their age.

Child labor is any type of work activity that “deprives children of their childhood, their potential, and their dignity, and that is detrimental to their physical and psychological development,” as defined by the ILO.

The ILO, at a minimum age convention of 1973, promoted an agreement to set the minimum age to start working at 15 years.

However, the agreement “also provides for the possibility of initially setting the general minimum age at 14 (12 for light work) where the economy and educational facilities are insufficiently developed.”

Normally, this age coincides with the end of compulsory education, at which point the minor decides whether he wants to continue studying or prefers to enter the labor market.

The ILO reports indicate that 71% of children working in the field of agriculture, including fisheries and livestock. 17% work in the service sector and 12% in the industrial sector, especially in the mines.

Some 160 million boys and girls between the ages of 5 and 17 around the world are in child labor, according to data from the International Labor Organization (ILO). Half of these children are very young: they are between 5 and 11 years old. This is a contravention of the ILO’s agreement which puts the minimum age at 12 to 18, depending on the situation.

From India to Yemen, Nepal, Myanmar, and countries in sub-Saharan Africa and Latin America, there are children and young people who help with housework, help with the family business, or work during school hours to earn little money.

In 2011, according to the Times of India, it was estimated that India has more than 10 million children in child labor, and according to The Wire India, this number is feared to have increased due to the pandemic.

The number “will double in a year’s time,” said V.P. Niranjanaradhya, fellow and program head, at the National Law School of India University, Bengaluru. “With schools shut for nearly six months, we are already seeing children especially in rural areas helping their parents in MNREGA scheme (Mahatma Gandhi National Rural Employment Guarantee Act scheme). The longer the gap in learning, the more disinterested they get and eventually exit the education system.” He warns that, “it’s dangerous.”

With over 1.5 million schools shut down in India in the last year since the pandemic, more children are at risk of being thrown into the labor market. In addition, there are more reports of child abuse of the girl child, as well as child marriages, and child trafficking, according to The Wire India.

Yemen is one of the worst places to live if you are a boy or a girl, according to UNICEF. Since 2015, there has been a serious economic and humanitarian situation caused by the armed conflicts that plague the country. This is something that has also affected children’s access to education since more than half of the schools have been destroyed.

“The ongoing conflict has affected more than 80 percent of the country’s population. Thousands of schools and health facilities have been damaged or completely destroyed,” according to UNICEF.

“The war in Yemen is sadly a war on children,” said Gert Cappelaere, UNICEF regional director for the Middle East and North Africa.

According to the ILO in 2013, there were more than 1.5 million child laborers in the country. According to the organisation, it is due more to the economic need of the families than to the local tribal culture, as the pay they receive provides a stable source of income for the families.

In Nepal, more than 25% of girls work, compared to 17% of boys. This difference is because men are seen as the future of the family and, therefore, more commitments are placed to their training and education.

Trafficking is one of the most serious problems that Nepal faces that affects more than 20,000 people a year. And girls and women are the worst-ranked. 5,000 girls, were victims of human trafficking crimes in the country in 2018. 2 out of 3 minors are girls and who, together with women, represent 70% of the total victims of trafficking in the world, according to data from the United Nations Office Against Drugs and Crime (UNODC).

Trafficking mafias take advantage of the vulnerability of families, exacerbated by the lack of opportunities, contexts of poverty and exclusion, and forced displacement.

In Myanmar, child labor affects more than 1.1 million girls and boys between the ages of 5 and 17. And they work endless hours, with an average of 51 hours a week in sectors such as agriculture, forestry, and fishing, but also in the service sector. This is illegal in the country since minors can only start working at the age of 14 but the day cannot exceed four hours.

Many minors who work to help their families do so by selling flowers, serving tea, or as domestic servants. Others do it in the textile factories that in recent years have proliferated in this Asian country. In the case of those who work in the domestic sphere or massage establishments, they usually do it in bonded conditions, that is, their parents receive the salary equivalent to six months in advance.

In a Save The Children report on child domestic slavery in the world, it is confirmed that the majority of child labor used for domestic service is female, a fact that is especially observed in Latin America, according to the ILO. This report analyses the cases of Brazil, Colombia, Paraguay, and Peru, and it is verified that the percentage of girls employed in domestic service out of the total is around 83.5% for these countries.

In general, many of the child domestic workers report being mistreated by their employers, including being insulted (33%), having to eat leftovers (20%), being beaten (12%), or sexually abused (5%).

The Save the Children report concludes this part of the study in Latin America with some figures:

The good news is that child labor in Latin America and the Caribbean has been cut in half in the last decade. The bad news is that, in Peru, the pace has been slower; in fact, it leads the South American countries with the highest rates of child labor.

To date, there are still more than 21% of girls, boys, and adolescents who work. In the National Child Labor Survey of 2015 in Peru, 1,619,200 children, ages 5 to 17, were found to be engaged in child labor. And this is especially worrying in rural areas (where the main economic activity continues to be agriculture), since the figures are four times higher than in urban areas.

It is estimated that almost half of the child victims of child labor, some 73 million, work in dangerous jobs, according to the Voice of America. This is something that the ILO calls “Hazardous Child Labor.” They are those activities that are harmful and that can put children’s physical and mental health at risk. For example, they are situations when children work as soldiers, in mines, in farm fields that use toxic pesticides, in construction, or even if they are forced into prostitution.

According to the ILO, “Hazardous child labor is the largest category of the worst forms of child labor with an estimated 73 million children, aged 5-17, working in dangerous conditions in a wide range of sectors, including agriculture, mining, construction, manufacturing, as well as in hotels, bars, restaurants, markets, and domestic service.

“Worldwide, the ILO estimates that some 22,000 children are killed at work every year. The numbers of those injured or made ill because of their work are not known,” reports the ILO.

Although there is a conflict between the strategies for the abolition of child labor promoted by international organisations and the reality of many children and adolescents, there is also an irrefutable point of consensus: child poverty must be eradicated.

The lack of firm political commitment on part of governments, the lack of homogeneous and effective legislation, and the absence of social policies with perspectives on children continue to prevent the eradication of child exploitation.

We must put the accent, the magnifying glass, especially in the sectors in which adult slavers employ children. Sometimes the only thing that international pressure has achieved has been a greater lack of protection for child workers. Textile business groups, for example, after receiving accusations for the use of child labor in Asia, have chosen to bring up internal codes of conduct and kick boys and girls out of their factories, without worrying about their fate or that of their families.

Everyone is responsible and, therefore, guilty, when buying without thinking which hands were in fact used to make that product cheaper or walking through a city ignoring the fact that there are boys and girls working in the streets when they should be going to school.

It takes awareness and action from all. Families, childhood and adolescence, must have access to tools that allow them access to decent living conditions.

At the same time, society must be sensitised to denounce, react, and condemn unacceptable child labor and any other form of exploitation (including human trafficking and smuggling).

From awareness and commitment, it is necessary to move towards a universal quality education and a real commitment to the eradication of child poverty – a goal closely linked to SDG Goal 8: end child labor by 2025! 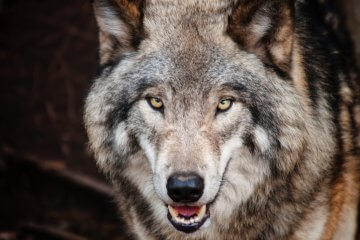 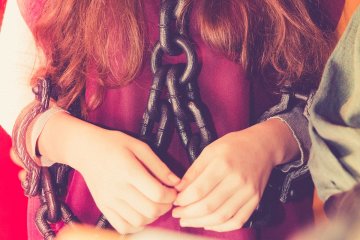 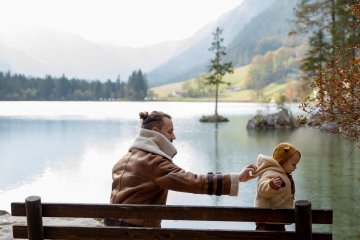 Are social media channels being used for child-trafficking?