You are at :Home»Open Articles»The loose cannon case of Jeffrey Epstein 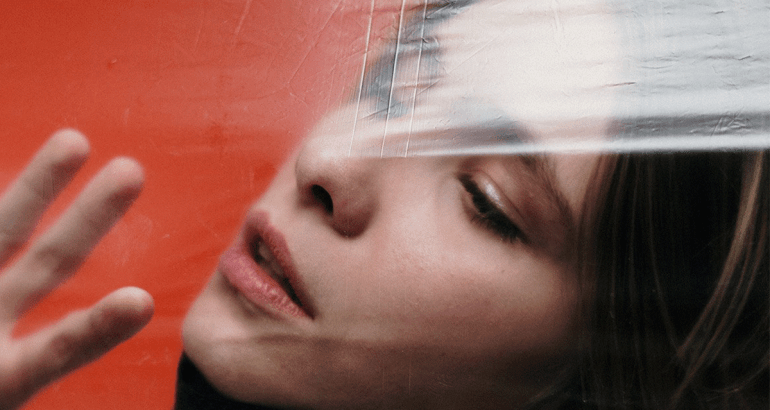 Jeffrey Epstein was a billionaire playboy who was friends with the rich and famous, with an entourage of beautiful young women.

His access to elite circles protected him from scrutiny, even as allegations arose over the years that he was a sexual predator and enabling or essentially ‘pimping out’ women, teenagers, and Children to his elite contacts. Those contacts included many who are now engaged in the COVID panic gripping the world.

Epstein was close friends with former President Bill Clinton as documented by the New York Times. Epstein is rumored to have bragged about setting up the Clinton Foundation as noted by Fox News. The Sun also reports that Epstein has joked about Clinton that ‘owed him favors’. Even the Epstein documentaries are seen by some as a ‘whitewash’ of his relationship with Clinton, while his ‘little black book’, according to the Business Insider seems to be spanning of more than 1, 500 high-level elite contacts.

Epstein bought entire islands in order to give himself the privacy and seclusion to host elite parties, as reported in the New York Post. He had many elite followers who have been reported, and many others who have escaped scrutiny. For example, Epstein’s island was a mere 9 miles from one owned by Joe Biden, as discussed on Investment Watch Blog.

The island was well-designed to prevent escape by enslaved young women, and Epstein could easily shuttle them directly from a private jet to the island via helicopter, as discussed in a CBS News article. Some rumors argue that there is a ‘submarine base’ on Epstein’s island, useful for discrete trafficking, and Epstein’s girlfriend Ghislaine Maxwell was proud of her license to pilot submersibles having delivered presentations on the topic, as briefly noted in the Guardian.

Yet on his island, there is a very odd-looking temple at its highest point. This temple does not appear to be for calisthenics as some have said, or a music or piano room as was once suggested. This temple is rumored to have been a ‘sacrificial temple’ by some internet sleuths, State of the Nation reports.

Following Epstein’s death, there was a mysterious fire on the island two days after, as discussed on Pedo Gate, while rampant activity was spotted on the island in the weeks after his death as covered by Vigilent Citizen. The FBI did not raid the island until many weeks later, sifting through the remnants of whatever was left behind, as seen in this NBC News article.

According to the Clover Chronicle, rumors discuss that on the Epstein’s Island, there were holding rooms for children and not for teenagers that mainstream reports have focused upon. To date, no one has been charged in the Epstein case except for Ghislaine Maxwell, recently indicted in early July, documented by the New York Post.

Maxwell’s arrest was nearly a year after Epstein’s suspicious death while in custody. Epstein is alleged to have had videos of elites sleeping with underage girls as leverage, assets he reportedly gave to Maxwell as reported in the Sun.

There are several dozen public accusers of having been abused by Epstein, and estimates say there are over 100 more who are unwilling to come forward publicly, according to a story in The Cut. Of the public accusers, the youngest age at the time of abuse is 14 according to Time. The most notable of these is Virginia Giuffre, who claims that, among other elites, she was prostituted on several occasions to Prince Andrew of the United Kingdom, as reported by the New York Post.

Epstein also had the “Zorro Ranch” in Stanley, New Mexico. At this ranch, he once discussed to others, he planned to breed young women and spread his genetic material through procreation as discussed in the New York Post, and the UK Daily Mail.

Yet most of the women who have accused Epstein were 16 at the time of the incident. The ages of consent in the various locations that Epstein frequented are 17 in New York and New Mexico, and 18 in the Virgin Islands. Many reports say that Epstein wanted women as young as possible, and was selective for sexual virgins. The crimes against 16-year olds as alleged, however, are relatively low-level felonies. Holding the women against their will is kidnapping, a more serious crime, but still not proportionate to the news interest and reaction from the government and the public.

And for those who do not believe the official reports about Epstein’s death, they also do not seem sufficient to kill him over.

Epstein bragged about helping to create the Clinton Foundation, and the Foundation was connected to the abduction of children in Haiti. Mainstream outlets, such as this article in National Review, asked whether the Clintons pilfered funds meant for Haiti relief, but were careful not to allege human trafficking. Yet Clinton family friend Laura Silsby was arrested in Haiti, charged with trying to kidnap 33 children and take them out of Haiti, as noted by DC Dirty Laundry. Silsby claimed she was setting up an orphanage in the neighboring Dominican Republic, but that government says she never applied for that purpose. Most of the children Silsby was caught with were also not orphans and had families.

ABC News reports that there are 800, 000 missing children in America every year. Most of these missing children are involved in domestic disputes, where a parent without legal custody of the child takes it away from the parent with lawful custody. The child may be missing from the lawful parent, but the child is not in serious danger as in the case of a stranger kidnapping.

Every year, there are 115 ‘stranger abductions’ reported, with some estimates making it to 200. Of those, 43 percent are either found dead or never found, as noted in this Reuters article. When studied by one US State, most child abductions are taken for the purpose of sex, as noted here.

Notably, Prince Andrew’s ex-wife, Sarah Ferguson, once popularly known as “Fergie”, is in debt to the Prince and other creditors for millions of dollars. Some of her debts were paid off by Jeffrey Epstein. And Ferguson was caught in Turkey taking covert pictures of an orphanage, to the point where the Turkish authorities put her on trial and demanded her extradition from the United Kingdom, as discussed in the UK Independent.

This scandal interestingly coexists as some European nations would otherwise make Epstein’s crimes legal. In the Netherlands a political party, the “Party for Neighborly Love, Freedom and Diversity” organised to push for lowering the legal age of consent to 12, abolishing marriage, and allowing for sex between animals and children. The Judiciary in the Netherlands had the opportunity to stop the organisation pushing for these laws, but refrained, as noted in this article by the Daily Beast and at Life Site News. This effort by elites to change the laws against the public wishes, regardless of their harm to children and families, is well in line with what Jeffrey Epstein and others would have preferred.

There was an analogous case to Jeffrey Epstein in Belgium. In that case, the person involved was Marc Dutroux. He was able to abduct and rape five young girls and received a light three-year prison sentence. After his release, he continued to abduct, rape, and sometimes kill girls between the ages of 8 and 19.

Repeated investigations were clearly insincere and authorities, including the police and judges, were covering for Dutroux. Dutroux himself, in an interview, taunted reporters asking him about his crimes, saying that the political protection he was guaranteed would ensure that nothing would happen to him. Dutroux had ten houses and had wealth that was unsourced and otherwise unexplained. Later releases through Wikileaks showed that substantial transfers from the Middle East matched the dates of abductions, suggesting that his wealth came from human trafficking young women into sexual slavery. His case became a major point of reform in Belgium, causing 300, 000 people to march and demand government reform.

Similarly, Epstein, had powerful protectors who allowed him to escape serious consequences for his public and brazen crimes. He is alleged to have offered women for sex to the powerful, though there are many indications things were darker than that. Bill Gates met with Epstein, as noted by the New York Times. And one of the executors of Epstein’s $577 million dollars will, deciding how to spend his millions was Boris Nikolic, the Science Advisor to Bill Gates as noted by the UK Daily Mail. Gates said that he was trying to work with Jeffrey Epstein to get additional funding for his efforts, which seems unlikely that the richest man in the world would pursue someone with such small sums to offer.

Gates is now steering the World Health Organisation, and many international responses to the COVID pandemic. Many see Gates as essentially orchestrating the COVID epidemic, being able to simultaneously expand government power through the crisis and enrich himself and others with patented vaccines and other COVID-related treatments.

Gates is using the kind of methods, connections, and networks Epstein worked within and connected with, to supposedly fight the virus. If Gates’ science advisor had accepted his appointment as Epstein’s executor, he would no doubt be spending Epstein’s money right now in order to advance the COVID agenda.

The COVID agenda, involving ‘contact tracing’ in order to watch the patterns of movements, the ability for a unitary Executive to write, amend, repeal all laws, all suits the needs of elites who seek to dominate economically, politically, and sexually. The people who ran in Epstein’s social circles were treated to sex with virgins at any age they desired and now can write laws on any whim they desire through this enabling crisis.

The connection between political elites, government abuse of power, powerful billionaire funding, child trafficking, and the COVID crisis all come together in the life and suspicious death of Jeffrey Epstein. 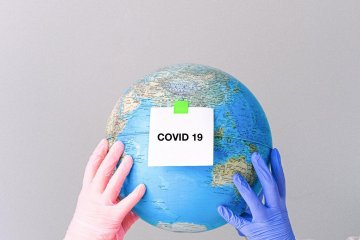 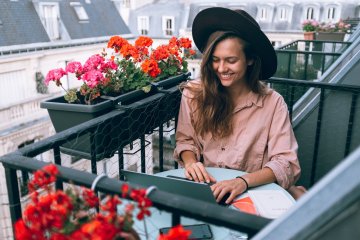 The Impact of COVID-19 on the Expat Community