You are at :Home»Open Articles»Eradicating child trafficking. Celebrity Diplomacy effect in Action 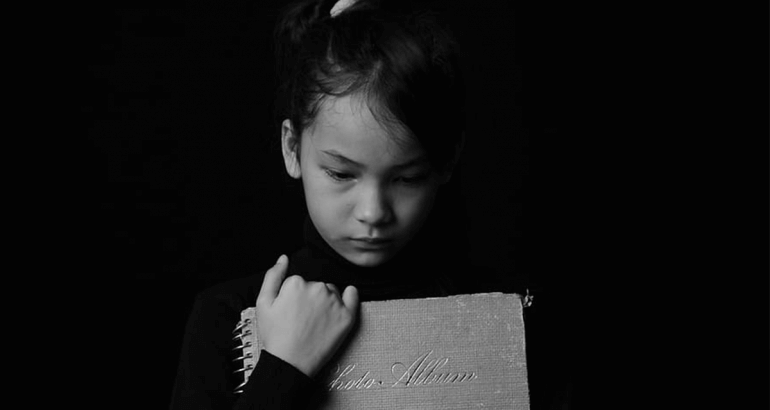 Child trafficking and its attendant sexual exploitation are not ‘sexy’ topics and are certainly not the easiest to talk about. But it is a topic that we cannot stay silent on or even worse, turn a blind eye. Globally, stakeholders like law enforcement, the media, IGOs, and NGOs play significant roles in exposing this horrific underworld. Still, in many cases, they are up against limited resources and budget constraints to behead the monster. And so its head grows bigger – its’ tail longer and its mouth becomes bigger, eating alive pure, vulnerable kids from every single corner of the world. It is why celebrities lending their voices and shining star power on eradicating child trafficking is a welcome and much-needed megaphone.

Several A-listers who have amassed an almost cult-like following based on their creative works have recognised the need for celebrity activism and forming alliances to advance the eradication of child trafficking. But let’s not kid ourselves. While there are good actors out there, there are others that feed that monster growing. The latter part will not be raised in this article but rest assured – it will be discussed.

For now, it is worthwhile mentioning the facts. ILO estimates that 21 million people are trapped in forced labour or slavery. Of those, one in four are under the age of 18. With a shocking 5.5 million children being trafficked globally, it stands to reason that “today you can go online and buy a child for sex. It’s as easy as ordering pizza.” This was the opening line of a recent star-studded PSA featuring celebrities like Amy Schumer, Josh Charles, Tony Shalhoub, and Seth Meyers.

Many argue that the celebritisation of human trafficking is not necessarily the answer. It certainly is not – as one factor cannot be held responsible for dismantling well-coordinated networks of cruelty. Without a concerted effort to end modern-day slavery and protect the right of being a child, while keeping the issue hidden in the closed, the epidemic will continue growing more and more each day.

For this purpose, some Celebrities out there have decided to start doing something about it. Kristen Bell, Blake Lively, and Carrie Underwood have lent their support to the cause through social posts raising awareness of the issue. Others have gone a step further in establishing partnerships and creating alliances and foundations to find and prosecute child-traffickers and protect victims from further exploitation.

This article will look at those celebrities who are choosing to use their public platforms to give more visibility to children who suffer violence, exploitation, and abuse, as well as their work in eradicating child trafficking.

UNICEF Goodwill Ambassador and iconic actress, the late Audrey Hepburn, was devoted to helping the world’s children following her own personal history as a refugee child after World War II.

Named as a UNICEF Goodwill Ambassador in 1989, Hepburn travelled the world, meeting some of its most vulnerable children and raising awareness for UNICEF’s programs until her death in 1993.

Today, her granddaughter Emma Kathleen Hepburn Ferrer carries on her legacy and the work she started over 30 years ago.

Jane Fonda is a long-time activist and advocate for women’s rights and a staunch supporter of the Rape Foundation and Rape Treatment Centre in Los Angeles.

She is outspoken about suffering sexual abuse as a child and her rape as a young adult in the hope that she can help victims not feel alone in their suffering.

A special envoy for the UN High Commissioner for Refugees, Oscar-winning actress, and UN Goodwill Ambassador Angelina Jolie is widely known for her humanitarian work, particularly in advocating on behalf of refugees to shedding light on sexual violence against females in war zones.

She has lent her time and talent to numerous documentaries dedicated to raising awareness about sex trafficking like Inhuman Traffic. Jolie has also made numerous representations addressing the issue and has repeatedly called on policymakers to put stringent penalties in place for convicted child-traffickers.

When Ashton Kutcher’s impassioned speech on modern-day slavery at the Senate Foreign Relations Committee hearing went viral, people sat down and took notice. For sure, no-one ever thought that eradicating child trafficking was a topic people expected Kutcher to be speaking about. But he did.

“I’ve seen video content of a child that’s the same age as mine being raped by an American man that was a sex tourist in Cambodia,” Kutcher said. “And this child was so conditioned by her environment, that she thought she was engaging in play.”

The Butterfly Effect star went on to say, “In a country that is riddled with bipartisan separation on so many things, slavery seems to come up as one of these issues that we can all agree upon.” With this in mind, Kutcher and ex-wife Demi Moore co-founded Thorn in 2012 – a non-profit that aims to eradicate child trafficking, specifically focusing on the sexual exploitation of children, whether it is through child sex trafficking or child pornography. Kutcher, both actor and a tech advisor and Moore, an actress, partner with tech companies to build products that help identify, track, and erase sexual abuse material on the internet.

According to the National Center for Missing and Exploited Children, the number of child sexual abuse files exchanged online grew from 450,000 in 2004 to 25 million in 2015. Today, Thorn products are used in 35 countries and have helped more than 30, 000 victims of abuse – 10, 000 being children.

Jada Pinkett-Smith became aware of the robust and despicable world of child trafficking when daughter Willow became interested in the cause after watching the Koney 2012 video. What startled her most was that child trafficking was so rampant in the United States.

In an exclusive interview with The Huffington Post, Smith notes “We’ve always looked at human trafficking as being a problem over there, somewhere else, but it’s actually happening in our own backyard.” This backyard for Smith is Oakland, California – the home to three of the FBI’s 13 highest-ranked areas of child-sex trafficking.

Because of this, Smith partnered with CNN’s documentary unit to produce and narrate the gripping tales of child trafficking survivors and the gruesome underworld of human trafficking in the programme “Children For Sale: The Fight to End Human Trafficking”.

Gabriel Union – There are no child-prostitutes

“From the ages of 10 to 17, I was sexually exploited throughout the western United States, charged with solicitation and prostitution and jailed as I was a criminal. I was not a child prostitute. I was not a child sex worker. I was a victim of child rape.” These are the chilling words of Withelma “T” Ortiz Walker Pettigrew, a survivor of child trafficking and a leader in the movement to eradicate child trafficking.

Actress Gabriel Union is among a plethora of A-listers who have joined “T”’s petition. Union has since been using her public platform to convince policymakers and the media to remove the term child prostitute from reporting, conversation, legislation, and the judicial system. The actress has also been very vocal on the link between race and human trafficking, given that African American children comprise 52 percent of all juvenile arrests – more than any other racial group.

Over 40 percent of girls in Nepal are married before they reach 18 years old. 35 percent of girls in Uganda do not complete secondary school because of abuse in their schools or homes. These are statistics that footballer legend David Beckham is seeking to lower through the 7 Fund.

The UNICEF Goodwill Ambassador launched the Fund in 2015, hailing it as a unique partnership with the goal of helping children around the world – especially girls, to break down barriers that too often steal dreams away.

Currently, the 7 Fund has achieved incredible feats in eradicating child trafficking, including protecting 14, 500 children in Cambodia from potential violence and abuse.

Ricky Martin, a famous singer and UNICEF Goodwill Ambassador was in India working when he met three little homeless girls from Calcutta, trembling beneath plastic bags. He would later learn that they were mere days away from being sold as child-prostitutes. He would also go on to discover that human trafficking is the second most lucrative crime in the world, behind drug trafficking.

Martin took action. In his capacity as a Goodwill Ambassador, he organised alongside other activists to set up the Ricky Martin Foundation aimed at denouncing human trafficking and educating others on its existence through global awareness, research, and community initiatives, anchored in the defense of children and youth rights.

British actress and chair of the Helen Bamber Foundation, Emma Thompson came face to face with the horror of human trafficking when she was introduced to a woman who had been a sex slave at a massage parlour that she passed each day on her way to the London subway.

The devastatingly shocking details of her story prompted Thompson to create an art exhibit called ‘Journey’. The exhibit gives the public an opportunity to immerse themselves in a victim’s world – experiencing some of the pain, anguish, and torment. This, Thompson hopes, will open the public’s eyes to the horror of sex trafficking and get vocal about pushing for change.

Amal and George Clooney – The Clooney Foundation for Justice

Amal Clooney, an international lawyer, and George Clooney, Hollywood actor both committed to using their fame to raise awareness about human rights and corruption. They started the Clooney Foundation for Justice in 2016. Both known for their philanthropic work, they shot to even greater prominence when Amal, after discussions with her husband decided to take the first case against ISIS to court.

The passionate human rights advocate was persuaded to take the case by human trafficking survivor Nadia Murad, a Yazidi who was captured in 2014 but escaped after a hellish 3 months in which she was raped by a dozen men and prayed for death.

There is no denying the power that celebrities wield in public perception. Many of us look to the causes they support for inspiration on what we should be vocal about. Celebrities using their stardom to influence and bring awareness to policies that eradicate child trafficking make an immense impact in getting closer to shutting down an industry that ruins the lives of millions of children. 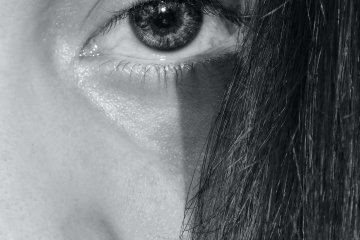 Lack of Support Forces Child Slavery Victims to be Re-exploited